Want to Be a Great Dad? You Need a Map! 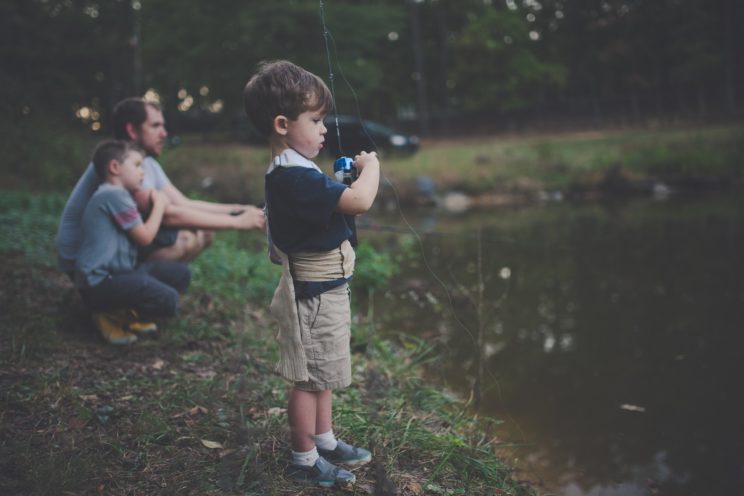 How many of you enjoy sitcoms about family life? I know I do; I enjoy laughing at them and find them to be very relatable. The other night, though, while watching a family sitcom, I was struck by how the father was so poorly portrayed. In this episode he epitomized the stereotypes that have become all-too-familiar in our culture: he was lazy, he was kind of a doofus, he was insecure, and he lacked the leadership skills necessary to positively impact his family. The rest of the family seemed to patronize him, and treated him as though he were a child rather than an equally vital part of the family leadership.

Fair or not, exaggerated or not, stereotypes like these exist because they have some grounding in reality. The truth is, there is a crisis amongst us men that has been brewing for quite some time, and it has reached a boiling point. According to a report from the State of our Unions, approximately 24 million children grow up in homes without their biological father. The absence of a father results in a four-fold increase in the odds that the child(ren) will grow up below the poverty line. According to The National Center for Fathering, growing up without a father also has a dramatic, negative effect on educational achievement, crime, drug and alcohol abuse, teen pregnancies, and physical and emotional health. The evidence is abundantly clear: children do far better when they have access to a stable, loving, assertive father figure.

So how can we men overcome these negative stereotypes, reverse these alarming statistical trends, and change our culture? In my practice with men, I work to convey these three essential starting points to embracing our vital role as fathers.

Here’s the rub, and this one hurts for so many men I’ve worked with: many men had poor or absent role models for fatherhood. It makes sense, doesn’t it? If we’ve never experienced a loving, stable father figure, how can we be expected all of a sudden to magically know how to do it well? My father-in-law calls this phenomenon our template. I see so much wisdom in that metaphor, and agree with the idea that, without some sort of intervention, we will naturally reach the bar that our fathers set for us, and no higher. We are, in a sense, destined to repeat, as fathers, what we saw in our father.

A roadmap for fatherhood means this: we need to grasp a compelling vision for getting from here to there as Dads. We need to know where we are today and where we desire to be in the future. In other words, we need to see a new world of possibilities, and avenues to those new possibilities. You might be thinking to yourself, “that sounds great Jim, but how do I find this new vision for fatherhood”?

We need to look no further than our Heavenly Father. If we seek to understand his character, his ways, and his will, we will have our map for fatherhood. Our Heavenly Father is so many things, but relevant to this discussion he is loving, faithful, patient, kind, merciful, consistent, and holy. Asking him to change us to be more like him is the starting point to becoming the father we were meant to be and want to be.

Maps are helpful, but contained in those maps are millions of pitfalls, obstacles, mountains and valleys, temptations to quit, and even the occasional fire-breathing dragon. It’s easy to find ourselves lost and confused about how to get from here to there. The truth is, we need a wise sage who is willing to guide us along this journey; in other words, we need a mentor.

Mentors can be hard to find, but we often limit our search to people within our existing social circles. It has been said that you will become the sum average of the five people with whom you spend the most time. Men, it might be time to add wise, experienced, and successful fathers to your social circles. You can find men like this attending church, volunteering at a local nonprofit, leading your organization, and many other places. Older men, it might be time to take those younger fathers under your wing and provide them with the leadership and guidance they are craving.

In order for a mentor/mentee relationship to be effective, there must be three critical components: consistent contact, accountability, and nurture. These responsibilities flow both ways, meaning that the mentee must be willing to be held accountable, must show up, and must follow through. The mentor’s job is to provide those ingredients in a loving and assertive way.

In addition to a vision for fatherhood, and a mentor to guide us, we men need fellow fathers to share in this journey. This is where outlets such as a local church’s small group, fellow-fathers you know on the job, or online support groups for fathers can be helpful.

The support we get from having our army of fellow-fathers traveling with us is vital to our success. It is in isolation, as men, that we become vulnerable to ineffective fathering, unloving behavior toward our significant other, and ultimately  temptations and quick fixes that end up destroying our families and our integrity. When you get together after church or work with other fathers, and openly and courageously share about the struggles of raising kids, romance, career, etc, you will find yourself traveling with companions who will be there to encourage you and provide you with that occasional “kick in the seat” if necessary.

So, what do you think? Are you ready to grab this map and achieve your full potential as a father? Tell us what you think in the comments below.

by: Claudia Fletcher, M.Ed. My husband Bart and I are the adoptive parents of twelve children who ar

3 Reasons a Little “Selfishness” Makes You a Better Parent

by: Jim Urban, LPC. Admit it, you’ve been there (and by the way, so have I). You love your childre