How to Crush Procrastination and Take Your Life Back 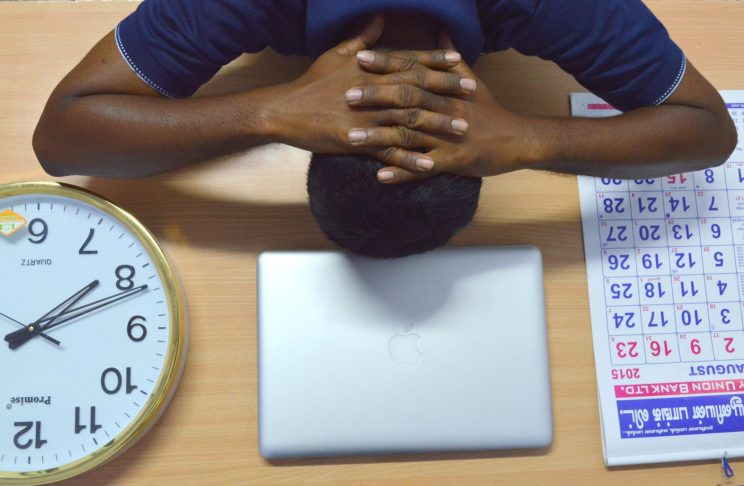 Raise your hand if you struggle with procrastination to some degree. If we’re being honest, most of us battle this bad habit more so than we allow others to see. You know the tape that plays for you, it might go something like this: “this [insert dreaded task] is hanging over me like a dark cloud; I can’t relax till it’s done, but I don’t feel like doing it.” We condition ourselves to believe that we’ll relax better now and have more energy and focus to complete the dreaded task if we wait until we feel like doing it.

I’m going to share some powerful methods that have helped many people, including myself, to defeat procrastination, but first let me tell you a short story of my own struggle with procrastination. Twelve years ago, when I was working on my Bachelor’s degree in Theology, I took a course called Advanced Theology. This course required twenty papers, each at a minimum of ten pages in length, that were due every Friday morning in class. I foolishly took this class along with six other courses, while working full-time in finance, dating my now wife, and leading a small group every Sunday at church. The stress of that year was nearly unbearable, and I found myself having to cut corners where I could, just to catch a few hours of sleep each night.

I came up with a ridiculous strategy I believed would solve some of my stress: I decided I would not sleep at all on Thursday nights, and would instead stay up to write my ten-page paper. Boy did I feel better…until Thursday night when I got off work and realized that I now had to write an advanced paper on complex theological arguments…from 10pm to 5am…while experiencing a near panic-attack…and feeling exhausted. So I did like many overextended Americans do; I grabbed 3 energy drinks (I do NOT recommend this) and banged out a paper all night.

As you can guess, Friday morning arrived, and I was now ready to go to class and turn in my excellent paper (if a C+ counts as excellent). Each week that went by I struggled more and more to maintain some measure of alertness at school and work on Fridays, but the false belief that I was relaxing more between Saturday and Thursday kept me trapped in a self-defeating cycle.

If you can relate to this struggle, and if you want some practical tools you can use today to begin defeating procrastination, read on!

Dr. David Burns, one of the most innovative therapists of all-time, wrote about this tool in his famous book called Feeling Good: The New Mood Therapy. The underlying premise of this tool is that the voice of procrastination has a hold over us because of the lies it tells us, and the false promises it makes. Here’s how the tool works; by the way, here is a link that further explains the tool here.

In 7 years of counseling I’ve never once had a single client tell me they were more miserable after completing a dreaded task, or felt no pleasure now that it was done. I have had every single client say that the misery they believed they would feel was 100% a lie.

Some people believe if they can’t complete an entire task all at once then they should wait for a block of time to emerge that allows the full completion of the task. Unfortunately most people find themself waiting…and waiting…and waiting. This 5-minute method is simple but powerful, and is built on the idea that some people procrastinate because the enormity of the task is simply too much. Simply put, this method allows you to break down a large task into small pieces, and then schedule them into your day.

For example, working for five minutes on a report due to your boss is much better than doing nothing at all. The magic of this method is this: most people will want to continue once the five minutes are up, and if they do take a break they won’t be gone too long because momentum has been built.

No, I’m not asking you to find some ants to step on, although that may work for you to relieve some frustration. In this case ANTs stand for automatic negative thoughts. We experience these thoughts when a reminder of a dreaded task hits our consciousness, and we immediately feel a strong impulse to avoid doing it. Our ANTs might say things like “these dishes will never get done,” or “I’m such an idiot for waiting this long,” or “this will literally be the worst use of my day off, ever!”

How we step on those ANTs is to do three things:

If you want to defeat procrastination you need some tools. I believe these tools to be the most powerful tools that many have found to help them break the self-defeating cycle of procrastination. Let us know in the comments below how they work for you, or what methods you have found helpful in breaking this habit.

by: Claudia Fletcher, M.Ed. My husband Bart and I are the adoptive parents of twelve children who ar