When Life Is Discouraging (A Devotional) 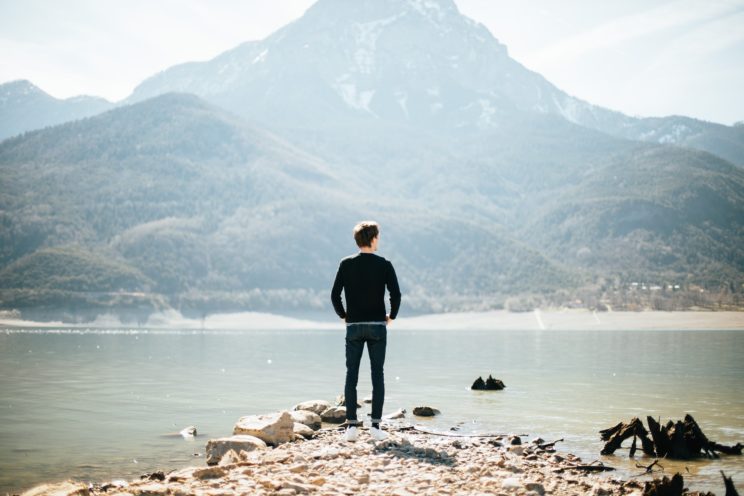 This week’s post has been graciously provided by Dave Frett of Patrick Henry Family Services, an all around great guy who is passionate about the church rising up to meet the needs of families. Dave works with our Safe Families program, and has a website with blogs, a book, and other helpful resources at http://battlestrongministries.com/

“The Lord hears his people when they call to him for help. He rescues them from all their troubles. The Lord is close to the brokenhearted; he rescues those whose spirits are crushed. The righteous person faces many troubles, but the Lord comes to the rescue each time.”

The devil, according to legend, once advertised his tools for sale at public auction. When the prospective buyers assembled, there was one oddly shaped tool which was labeled “Not for sale.” Asked to explain why this was, the devil answered, “I can spare my other tools, but I cannot spare this one. It is the most useful implement that I have. It is called Discouragement, and with it I can work my way into hearts otherwise inaccessible. When I get this tool into a man’s heart, the way is open to plant anything there I may desire.”

Yes, discouragement is one of the most notorious and destructive tools that the enemy possesses to defeat and destroy the believer. Discouragement causes the individual to dwell on what they perceive as wrong or inferior areas as opposed to focusing on all that is right and good. Even more so, discouragement can be the trigger that propels one into depression, even to the point of despairing of one’s very own life. It is not unusual for discouragement to infiltrate a person’s life but how one chooses to battle it can be the difference between a life of victory and one that wallows in the mire of dejection and hopelessness.

The central figure of the book of Jeremiah is none other than the prophet namesake. This man faced daunting discouragement as he was rejected by his people whom God had sent him to exhort. As difficult as this treatment was, what made if more burdensome was the fact he was forbidden by God to marry and have children. This left the prophet to live alone and minister alone. The rejection and ridicule he faced left him feeling despondent and emotionally worthless, yet through it all he displayed significant spiritual faith and strength thus allowing him to be an impressive example to all facing similar situations.

As if discouragement wasn’t bad enough, the thought of withstanding it alone only compounds the feeling. Regardless the reason one finds himself discouraged, it is a feeling that opens him up for many an attack from the enemy. You see, discouragement prevents one from seeing who he is in and through Christ and instead causes him to focus on what he is not or where he stands in his own resilience. Discouragement left unattended or able to flourish can lead to depression and a complete state of desolation.

Unfortunately many a person has found himself in the doldrums of life because he has allowed a setback, failure or shortcoming to rob him of his self-worth and joy. He has allowed the enemy to whisper the lies of a half empty life thus causing him to be overcritical of his current situation and hence disheartened over something that is often outside his control. In short, discouragement stems from emotions rather than the practical; feelings rather than facts. More so, discouragement can lead him to believing that things will never improve and that he has become a complete and utter failure instead of realizing that disappointment is simply a tool used to prevent him from becoming all God would desire. However, when discouragement can be checked and contained, it can allow one to grow closer to God and stronger in his faith.

As many can contest throughout history, life has always been challenging and discouragement has been a constant obstacle to overcome. Even the ‘giants of the faith’ have experienced moments of discouragement where all seemed lost. Abraham faced discouragement when challenged with the command to sacrifice his only son to God. Isaac faced discouragement because of feuding sons. Jacob faced demoralization after working 7 years to marry the woman of his dreams,only to find out he had been deceived. Moses felt despondent in the back of the desert living alone for years. Job faced depression when his entire family and possessions were taken from him. Peter faced dejection after realizing he had betrayed his Lord and Savior. Even Jesus endured a downcast in His spirit when facing His final days and experiencing the weakness of those closest to Him. Yet, while each of these individuals faced discouragement, they were also able to rise above it.

Discouragement can be invasive and prevalent when we cannot see or forget to see there is a purpose for the trial we are enduring. It is in times like this that discouragement is given a safe harbor to fester and grow. And once that discouragement is provided with the means to be successful, it brings devastation and destruction to our lives, physically, mentally, or spiritually; but it does not have to be so. Indeed, as believers, as Christ-followers, we are promised by our Lord Himself in John 16:33, “I have told you all this so that you may have peace in me. Here on earth you will have many trials and sorrows. But take heart, because I have overcome the world.” So, regardless what life throws at us, we do not have to become discouraged.

May we begin our day, every day, with the simple words, “Whatever today brings, may I still be praising Your name when the sun goes down.” For when we continue to keep our eyes on the Master, we’re able to withstand whatever the world hurls our way. Thus discouragement becomes a decision instead of simply a way of life. Today rise above the discouragement; let your heart be encouraged; this world is not our home, it is just a stop along the way.

The Hand that Rocks the Cradle (A Devotional)

by: Dave Frett of Safe Families for Children – Virginia. You can follow Dave and the Safe Fami

Don’t Fall for the Quick and Easy Solution

by: Jim Urban, LPC. Back in the days of the “Wild Wild West” the snake oil industry was booming.