Ending Envy: How to Celebrate the Success of Others 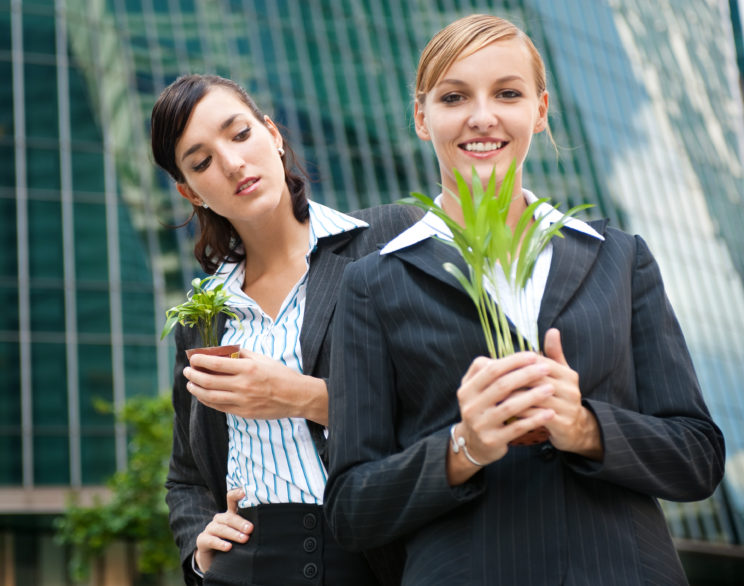 An old friend of mine that I’ll call “Bill” recently shared with me his story of moving from envy of others to genuinely celebrating their success. Bill owns a marketing business in a mid-sized town, and loves helping small businesses gain traction with online and offline marketing. In that same town Bill has a competitor that consistently wins bigger contracts, consulting deals, and sells at a level of which Bill can only dream. Over the years this competitor has taken the time to interact with other similar businesses for networking purposes, to share best practices, and to mentor rising entrepreneurs so they can find success in their own niches. Bill consistently skipped out on those meetings for several years, and described his attitude toward this man as being resentful, angry, envious, and fearful. Bill wanted this person’s success, but tended to blame bad luck and perceived unfair advantages, rather than looking at how he could improve.

One day Bill picked up a copy of The Seven Habits of Highly Effective People by Stephen Covey and discovered a revolutionary thought: the difference between the scarcity mindset and the abundance mindset. The scarcity mindset is described as a way of viewing the world through the lens of a “zero-sum game”; that is, there is only so much success to go around, and we must fight each other to obtain as large a piece of the pie as possible. People with this mindset struggle to recognize others for their success, struggle with envy, resent others, aren’t willing to share knowledge, contacts, or resources with others, and often view competition as something to be feared and challenged, rather than embraced.

On the other hand, those with an abundance mindset see the world as abounding in opportunity for everyone to succeed, recognize the creativity and contributions of others, share knowledge and resources for the benefit of others, and work cooperatively with others to make a larger impact on the world. Individuals with this mindset are secure in their identity and self-worth, are quick to offer praise instead of criticism, and tend to be more successful than their counterparts.

As Bill has changed his attitude and outlook, he has experienced peace and joy like never before, has become kinder toward others, and consequently has experienced more success in life and in business than ever before. Do you see the paradox at play here? The more we celebrate others and their success, the more it is returned back to us in the form of impact, joy, and success. This law of “reaping what you sow,” or what some would call “karma,” is evident in our world if we take the time to examine and understand it.

If you desire to celebrate the success of others, overcome envy, and experience peace instead of conflict, here are the ingredients for fostering this new mindset:

Envy truly does flow from an insecure sense of self. Often an envious person is one who is driven to succeed, but approaches that search from a deficiency perspective. What I mean is; this person sees herself as lacking, or being deficient, as a person, and has come to believe that only through success will she find the acceptance from others and the self-acceptance from within that she desires. In therapy I’ve seen again and again that many envious individuals have experienced little to no affirmation in their lives, and were raised to equate performance and success with self-worth. Overcoming this mindset involves practicing self-affirmation, becoming confident in one’s unique gifts and talents, and changing one’s definition of self-worth from extrinsic success to internal essence.

2. Realize that the World is Abounding in Opportunity

John Maxwell once used a great metaphor to describe the difference between a scarcity mindset and an abundance mindset: “if opportunity was oxygen, then it is more like a walk in the woods than a scuba oxygen tank.” In other words, there is plenty of opportunity and success for everyone. We don’t have to be reluctant to connect with other people who have achieved more than we have. Chances are they didn’t get there by being angry and bitter, they got there by embracing a positive attitude, hard work, and a spirit of generosity and gratitude. They’re also probably adept at sending business to others as a token of goodwill. Ironically, I’ve heard time and time again that hoarding contacts and resources accelerates the rate at which a business person will hit their ceiling, but referring to others results in new opportunities, markets, and referrals.

This intentional effort to find something in each day for which to be thankful has been demonstrated to improve mental, emotional, and physical wellness. The same principle applies in work and business: the person whose attitude and spirit are oozing with gratitude and peace is probably going to attract more success rather than repel it by oozing jealousy, rivalry, envy, and fear. The other benefit to practicing daily gratitude is that it reminds one of what IS working in their life, and therefore can help them refocus on their strengths, rather than their deficits.

Please let us know in the comments below how you have overcome envy, or what your thoughts are on this topic!

2 Simple Gratitude Practices That Can Transform Your Outlook

by: Jim Urban, LPC. Gratitude, mental strength, and realistic-positive thinking are all the rave in