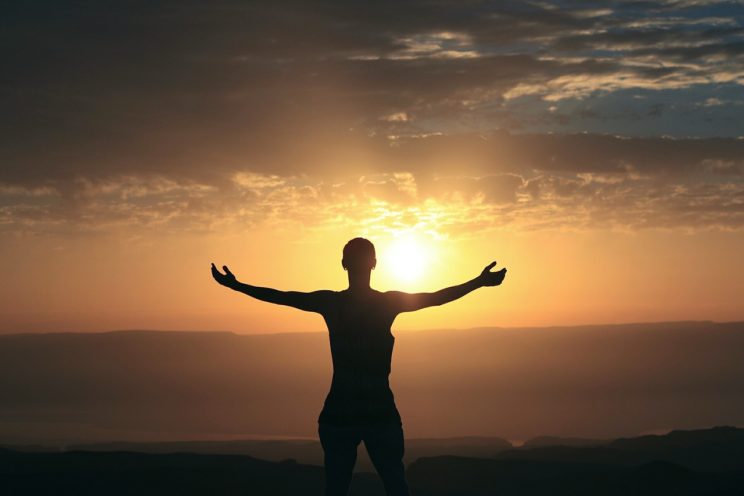 Have you ever noticed that you “talk” to yourself (sometimes out loud, sometimes just with your thoughts) throughout your day? Whether it is audible or not, our “self talk” is powerful. What we “say” to ourselves can help us or harm us. It can affect our mood, our self esteem, our outlook on the future, and our coping and problem solving ability. Given its importance, how do we tailor our self talk so that it works for us, rather than against us. Here are a seven tips for doing so.

2.  WHEN TALKING TO YOURSELF, “JUST THE FACTS, MA’AM”.  Stick to the facts and be wary of jumping    to false conclusions or making assumptions. Try to be circumspect and look at the whole picture,      not just one portion.

Recently, while laying over at the airport, I overheard a conversation between two  long-time friends. It was a great example how one should and should not talk to oneself. “Marcus” had just been laid off from his job. In telling “Allen” about this terrible fate that had befallen him he exclaimed: “I’ll never get another job as good as this one!” Marcus paused and replied: “ I am willing to bet there are a number of very good jobs out there that you might like even more than the one you had. And, wait…if I recall correctly, there were things you did not like about your old job, so it really wasn’t a perfect job for you. It seems possible you will find a new job  that you like better than your last.” Allen had to agree with Marcus on several facts: he acknowledged he had often complained about the hours of work, the mandatory overtime, his  lack of control over output, and other features of his old job. He recalled wanting to change jobs periodically. He had to admit it was possible there were other jobs he might like as well or better, and that now he is in a position to search for them.

After hearing his friend’s more factual viewpoint Allen concluded his layoff could be the beginning of a more satisfying career and an exciting life chapter. He realized he had been looking at the glass as “half empty”, rather than “half full”.  As the friends departed for their plane Allen sounded more optimistic and less worried as a result of hearing Marcus’ more factual viewpoint.  We should all strive  to be more like Marcus in our conversations with our self.

3.  CONSCIOUSLY  TURN YOUR NEGATIVE AND  ANXIOUS  “WHAT IF’S” AROUND  AND EXAMINE THE  OPPOSITE—THE POSITIVE “WHAT IF’S.”    My neighbor shared with me his true story about having a    flat tire on the way to work and turning his usual negative “what if’s” into positive “what if’s”. As he  concluded he had a flat tire, many negative “what if’s” flooded his mind. He thought, “What if my  boss fires me for being late?” What if they do not believe that I really had a flat tire and I am seen as  an irresponsible liar as a result?  What if I am passed over for a promotion because of this event?”  After calling work to say he would be in after getting his tire repaired, and while waiting on the tire  repair service he had time to think of positive “what if’s.”  “What if being late due to a flat tire does  not cause the boss to fire me, but results in the boss’s  saying: ‘sorry you had a flat and thanks for  letting us know?’  What if  my employer  thanks me  for being dedicated enough to come in even  though I had a very rough morning?”

My neighbor reported he felt much less anxious after thinking of the positive “what if’s” and that nothing significantly positive or negative happened at work as a result of his flat tire making him late. The main result was a decrease in his stress level and a pleasant day once he got to work. It was all because of changes in his self talk.  My neighbor is now sold on intentionally turning his negative “what if’s” into positive ones, and he is getting very good at it!

4.  DON’T ALLOW YOUR  SELF TALK TO BE A PROJECTION OF THE WORST CASE SCENARIO. That’s often  exactly what our self talk is about—jumping to the worst possible outcome as if it is a certainty.  For  example, someone who did not pass their driver’s license exam the first time might assume the  worst and say to herself, “now I will NEVER get my license!” If this person  utilized positive self talk,  he might think something like: “I didn’t pass this time, but I’ll just study more and pass it the next  time.” Or, “lots of licensed drivers didn’t pass the first time, I’ll just give it another try.” Positive self  talk generates hopefulness. It acknowledges that even when bad things happen, the worst is not the  only possible outcome,  and the outcome can, instead be neutral or desirable.

5.  DON’T BE A PERFECTIONIST WITH YOURSELF. Focus your self talk on acceptance and flexibility in    what you expect from yourself.  Perfectionistic self talk might go like this: “I only won third place in  the footrace, I might as well quit running!” Flexible and accepting  elf talk might go something like    this: “I would rather have placed first in the race, but I did place third out of 150 runners which is  quite an accomplishment.”  Perfectionistic self talk overemphasizes anything that is imperfect or  less than ideal. It disregards or minimizes the positive. As we all know, in life, perfect does not exist.  Our self talk should not be overly critical or rigid, and should not unfairly chastise us. Instead we  must speak to ourselves  in an honest manner that is supportive and focuses on what in the  situation is positive and worthy.

6.  AVOID  “STINKIN’ THINKIN” WHICH IS GUARANTEED TO MAKE US HAVE MOODS AND  EMOTIONS  THAT  DO NOT FEEL GOOD. Negative thinking makes us feel discouraged, unconfident, pessimistic, sad, and  stressed. No one really wants to have these unpleasant feelings. We need to substitute thoughts  that support the emotions we prefer, such as  encouraged, confident, optimistic, happy, and relaxed.  It is a challenge, but the payoff is great!  After some practice, your new and improved positive self  talk becomes just as natural and habitual as the old “stinkin’ thinkin” that once poisoned your    emotions and mood.

7.  ASK YOUR SPOUSE OR A TRUSTED FRIEND TO PROMPT YOU IF HE OR SHE NOTICES YOU VERBALIZING  NEGATIVE SELF TALK. It can raise our awareness of the problem if we get  objective input on the  frequency and severity of our negative self talk. Others may more easily notice our negative talk  than we can.

Keep in mind that it may have taken years for our negative thinking to develop and become a bad habit.  So, it may take some time for positive self talk to become our new habit. Tell yourself it is okay if this change takes time to develop. Tell yourself there will probably be occasional setbacks to the old habitual type of self talk, and that this is a normal part of the process.

If you decide to make what you say to yourself work for you rather than against you, be intentional, diligent, and patient with yourself. Tell yourself “I can do it!”, and it will happen in due time.

3 Reasons a Little Selfishness Makes You a Better Parent

by: Jim Urban, LPC. Admit it, you’ve been there (and by the way, so have I). You love your childre

Defeat Negative Self-Talk With These 7 Steps

By Janie Mantooth, LCSW. Have you ever noticed that you “talk” to yourself (sometimes out loud,